(Due to a longer-than-expected, model-packed display table, Charlie’s program from November was postponed AGAIN until the February meeting.)

Notes by Paul Gasiorowski and The Tick

A short discussion was held about getting a display cabinet for November 2016 to commemorate the 75th Anniversary of the attack on Pearl Harbor. Paul will contact the library to firm up the date. The next meeting we will have a short discussion on what might be displayed in the cabinet, including books related to the subject, a map showing the attack flights on Pearl Harbor, specific models for that date, and anything else related to that day. We need a title for the display, e.g. “December 7, 1941 – A Day Of Infamy”, statistics, etc.

Reports included: Treasury status, and amount to charge for this year’s dues. Webmaster Frank Ress commented on the status of the new website. The Tick asked for articles and reviews for the Newsletter and website. Meeting themes were noted for the upcoming year.

Theme: Land of Lincoln – Anything Illinois

Members brought in some interesting models and show ‘n tell went on until the last possible minute before ending the meeting.

Built mostly OOB, removed the cowl intake to represent the F4F-3. Super Scale decals. This Wildcat in the markings of Lt. Cdr. Edward Henry “Butch” O’Hare WW II, who on 20 Feb ’42 became the Navy’s 1st flying ace when he shot down 5 Japanese bombers and damaged a 6th. O’Hare Int’l Airport named after Butch. 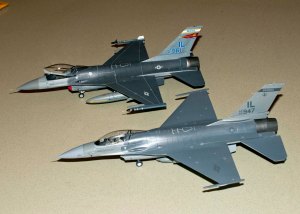 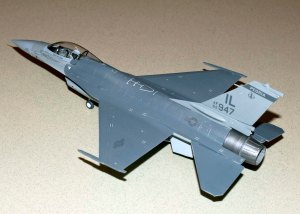 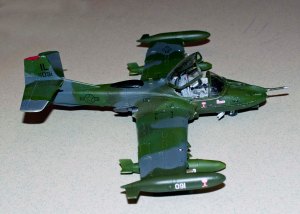 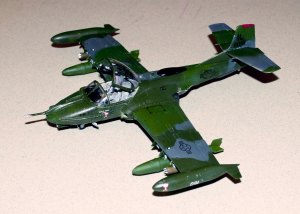 Snap fit model. Pearl White paint. There are over 200 decals used on this model (!) 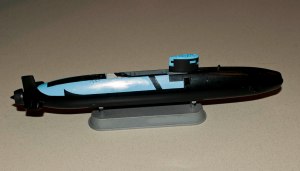 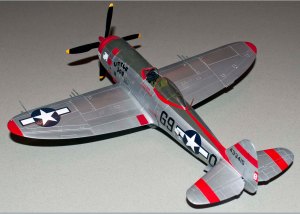 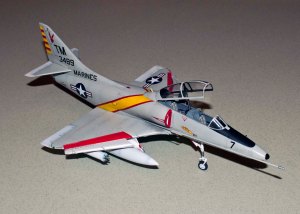 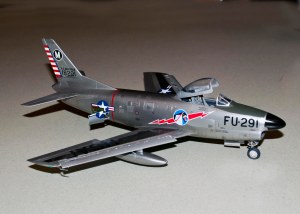 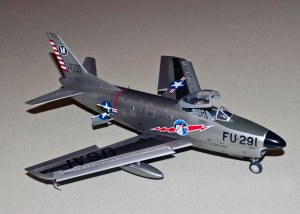 12 trees, plus Photo Etch. Lots of tiny parts. 24 Aircraft in clear plastic. Some parts eaten by CARPET MONSTER. “The last model in 1/700 I will build unless it’s a sub with 12 parts!”

This sub is on display at the Museum of Science and Industry, Chicago, IL. Several items cast in metal by John, including propellers.  (The larger propeller in the right foreground is John’s cast propeller for the Moebius 1/72 Skipjack.)

Built OOB, kit issued in 1959, had to sand off a zillion rivets. Representing the many Nike sites around the Chicago area in the 1960’s through early 1970’s. There is a kit review by Mark on this subject in a separate post on this website.