Notes by The Tick and Paul 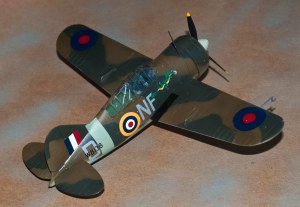 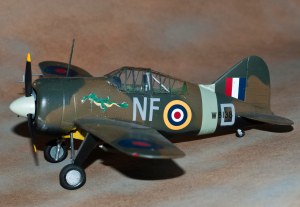 Built out of the box using kit decals. Model Master enamels. Easy build, although the sky colored stripe did not fit as well as he expected. 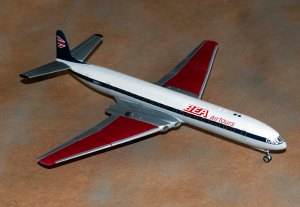 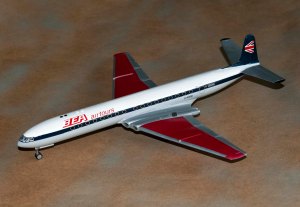 Not a bad kit to put together. OOB except for brass inserts in the engine intakes to cut down on the cave look. Paul used a total of 4 colors on this plane. It was primed with Tamiya Grey out of a rattle can. It was then painted in this sequence; Floquil Old Silver for the wing leading edges and engine nacelles, followed by red for the wings, white for the upper fuselage and light ghost gray for the bottom. Paints used were Model Master Acrylics. Lots of decals for the windows, etc. They all went down well, no silvering. Used Tamiya tape for the masking, did not lift any paint at all during the painting process. 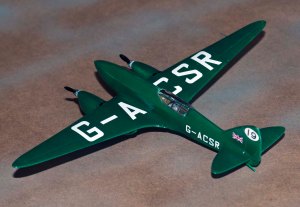 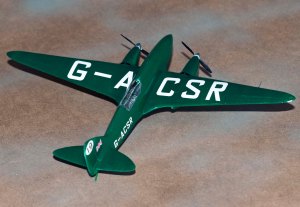 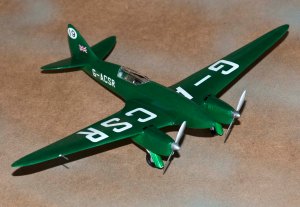 3 planes of this DH 88 were built for a race from England to Australia, one in red, green and black. The red one won.

Lots of flash on the parts in this kit. No cockpit at all, but two heads as part of the fuselage. These were taken out and a rough cockpit was inserted using some old seat from the spares box, some styrene stock and rod. The model was first painted with Tamiya Grey primer. The plane was then painted with Model Master Acrylic Green, and given a coat of Future. The decals were put on, but there was a lot of opaqueness between the letters – it took about 3 coats of Future to get rid of the opaqueness. 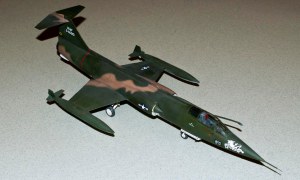 Model Master paints, out of the box except SuperScale decals for a 1967 Udorn-based A/C, (pink) Pussycat; Cutting Edge resin seat (you still need parts of the kit seat to make it work). Scratch built the RHAW located under the forward fuselage utilizing an A-1 Skyraider pylon and reshaping it to match, plus cutting up and fairing in two F-16N targeting pods leftover from a Revell project for the two pods located just forward of the exhaust. 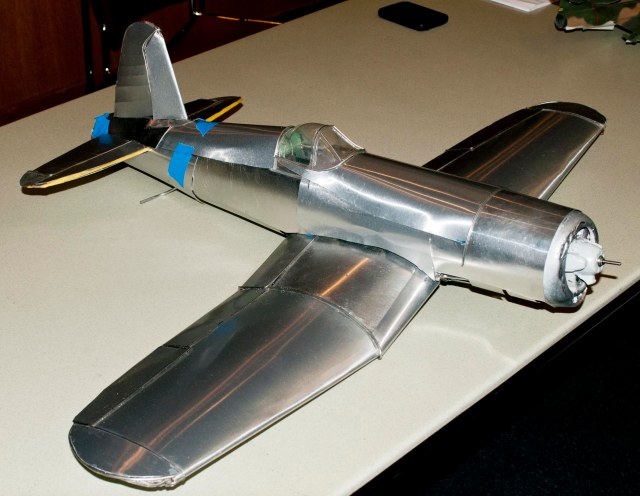 John Sr. is working on this Gulliows wood and tissue Corsair model – he is replacing the standard tissue or balsa skin with metal.

John cast the propeller for this model in copper, and is trying different weathering techniques than he has used on his submarine models before.