While show n tell was fine, the theme only produced four models for NUKE NITE. They were: B-52 stratofortress, 1/72nd scale Monogram built by John Koziol; A-4E Skyhawk, 1/48th Scale, Hasegawa built by Ed Mate; F-89J Scorpion, 1/72nd scale, Academy by Dan Paulien; F2H-1 (although I believe it was the F2H-2 that was the 1st Banshee capable of carrying a nuke) model by Carl Geiger

Continuing WW I aircraft programs, in anticipation of the May WW I theme night, Charlie Scardon presented a demo on applying lozenge decals. He had everyone’s attention – especially concerning his unusual way of using Future Acrylic when applying decals. 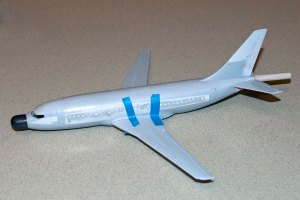 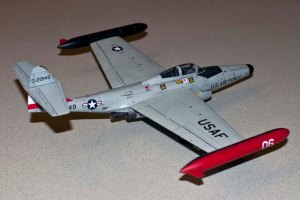 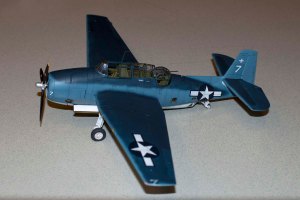 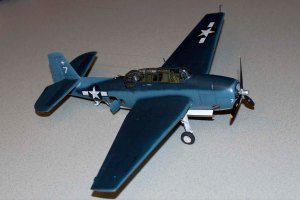 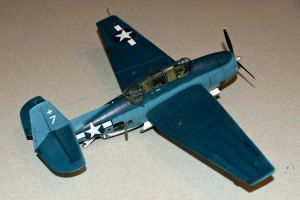 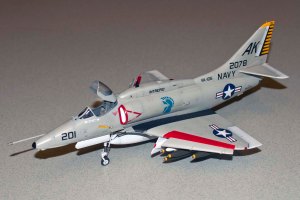 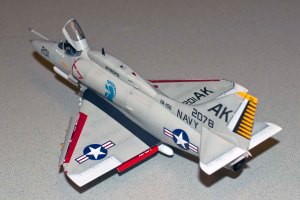 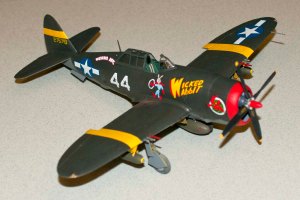 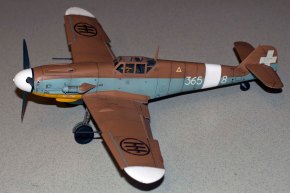 If you are familiar with the kit, you will appreciate the work that went into it.

If members liked the March program on building wood props by Charlie Scardon, then the group was in for a pleasant surprise when he demo’d his application technique for lozenge pattern decals. Charlie explained how and where to cut lozenge before applying to the models. There is more behind it than you would think! He also used his rather different technique for applying decals by dipping them in Future Floor Acrylic instead of the traditional method of preparing the surface with gloss, letting it dry and then applying in the standard manner using water. Two very useful programs in a row from Charlie. 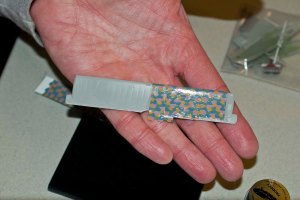 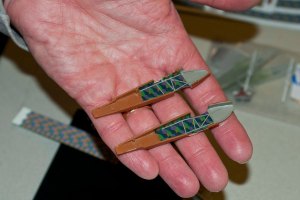 Here’s a few of the finished products – we’ll see more of these next month, hopefully, when the theme for the meeting is WWI. 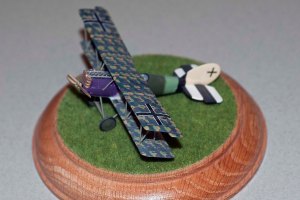